RSS Feed
← Studying for the LMSW Exam
The Ukulele Life →

The Joy in Community

I recently watched a documentary called Praying with Lior, about a boy with Down syndrome preparing for his Bar Mitzvah. Both of Lior’s parents were rabbis, but his mother died from breast cancer when he was six years old, and that shapes a lot of the story. There are bits of film of her praying with Lior, and with her larger community, that are heart breaking. Lior’s joy in prayer clearly comes from his Mom, and his love for her. He leads prayers in his classroom at school, and in his tree house, and then finally at his Bar Mitzvah in front of the whole congregation. His joy in prayer is contagious. The only person who is less than enthusiastic about him is his younger sister, because she is his younger sister. I can relate. 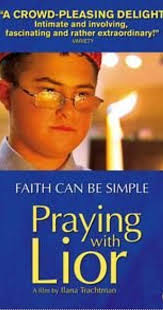 The most poignant moment in the movie is when Lior and his dad go to the cemetery to visit his Mom’s grave for the seventh anniversary of her death, just before his Bar Mitzvah. At first it feels like a forced set piece for the movie, but then Lior starts to hug his mother’s headstone and he won’t let go. Eventually his father is able to hold him and Lior starts to keen with sorrow. It’s as authentic as everything else about this boy, and it feels like he’s giving permission to everyone around him to express more, and be more, of who they really are.

Some of Lior’s fellow congregants wax poetic about the greatness of Lior’s spirit, and wonder if maybe he’s the reincarnation of a great Rebbe, but his godmother laughs it off and says that if Lior had been born into a Christian family he would have been singing Christmas songs with the same passion. Because it’s not about his particular religion, or some magical force that is out of reach for other people; Lior’s joy comes from his love for his mother, and his memories of singing and praying with her, and from the heart of who he is. He just happens to be a Jewish boy, in a Jewish community, so that’s how his joy expresses itself.

The way Lior’s family and community embrace his passion for prayer gave me a lot to think about, because another community might not have been as welcoming of him. He might have been shut out, or shut down, instead of encouraged to grow in his spirituality and in his role in the community. The fact that he didn’t just have his family behind him, but also a wider community, made a huge difference in who he was able to become. His dad, a Reconstructionist Rabbi, works with him on his speech for his Bar Mitzvah and jokes that Lior has heard way too many sermons about the value of community in Judaism, but the fact is, Lior has gone beyond hearing it, he’s taken it to heart. He sees himself as a full-fledged member of his community, because he has been seen and treated that way by the people around him. 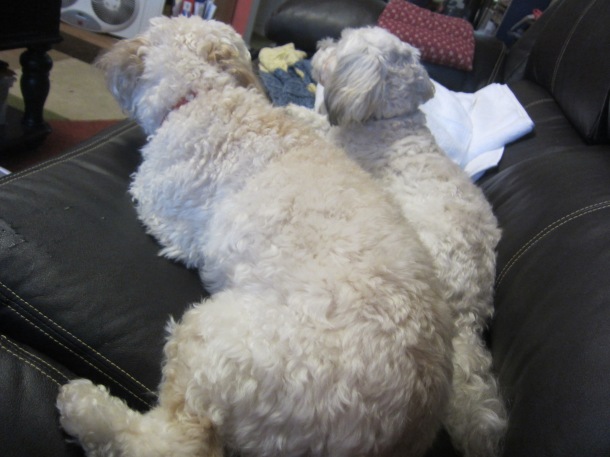 After the movie ended, I looked up Lior to see how things had turned out for him, and I found an article from 2018 about how Lior, at twenty-six, was living in his own apartment in supportive housing, had a girlfriend, and a job, and went to his drum circle and synagogue events every week, and also did speaking events to help people see that communities can be inclusive of children and adults with disabilities, and that those children can do so much more in their lives, with that support, than anyone might have thought possible.

I want my community to be more like Lior’s. I’m trying to figure out my role in making that happen, but it’s hard to overcome the resentment I feel, that what I need doesn’t already exist, and that I have to first imagine it, and then create it, and fight for it myself. It is hard work to teach our communities how to accept us as we are. I don’t have 2.5 children, or a husband, or even a Seder to go to for Passover, but I still exist. And I still have a lot to offer. I want my community to see me, and be open to hearing what I have to say, instead of assuming that they already know, or that I have nothing to add.

Maybe what I really need is for Lior to come to town and show me how it’s done. At the very least, he could teach us how to run a drum circle. Cricket and Ellie would love that. 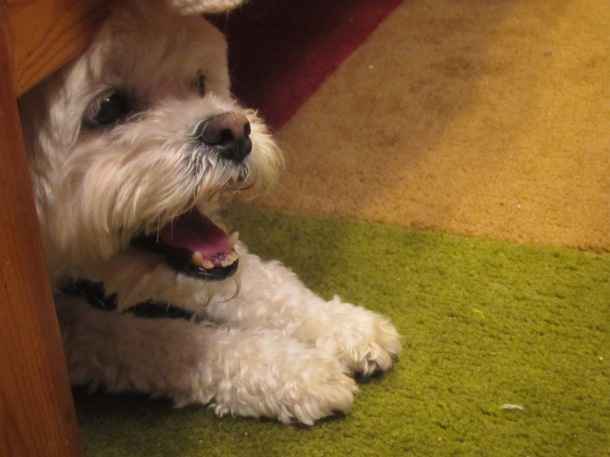 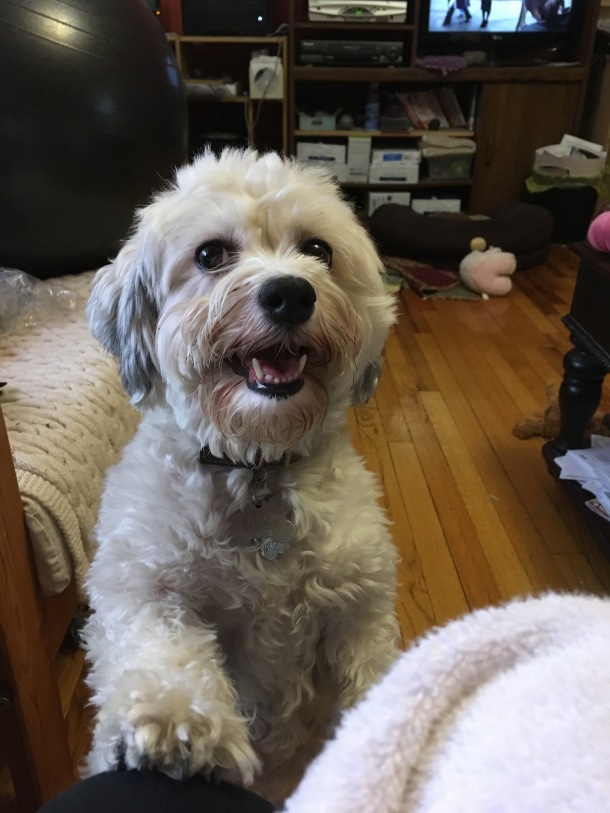 I am a fiction writer, a writing coach, and an obsessive chronicler of my dogs' lives.
View all posts by rachelmankowitz »
← Studying for the LMSW Exam
The Ukulele Life →