I Hate Driving on Highways

I will have to drive on a lot of highways this year for school, and I’m not happy about it. I hate the short entrance ramps, and being squished between two trucks, and having no stop signs to rest at. My ability to read road signs and drive at the same time is very limited.

I did a practice drive for an interview a few weeks ago, with Cricket in the car. I had already done one practice drive and I kind of thought it would be good to practice again, with some distractions. I did not realize that Cricket’s car anxiety had ratcheted up quite so high that she would try to climb behind my neck while I was driving and screech at the top of her lungs. She clearly thinks she can drive better than I can. I’m not sure she’s wrong.

Don’t worry, neither one of us is driving in this picture.

I’m overwhelmed by the number of highways that even exist on Long Island: the Northern State, the Southern State, the Meadowbrook, the Long Island Expressway, the Cross Island parkway. There are more highways further out on the island, but I don’t know their names, and hopefully will not be required to drive on them any time in the near future.

The worst, for me, are the exits that are so curvy and loopy that they turn you more than 360 degrees around, and some guy behind me always thinks I should be taking this roller-coaster at high speed. Not gonna happen.

I have to stay very present while I’m driving and make sure not to drift off into thoughts, of any kind, because I have a tendency to lose track of lane lines when I’m distracted. And if I get too comfortable, I’ll forget when I need to shift lanes in order to avoid hidden exits that will take me out to the Hamptons (though, that could be nice). 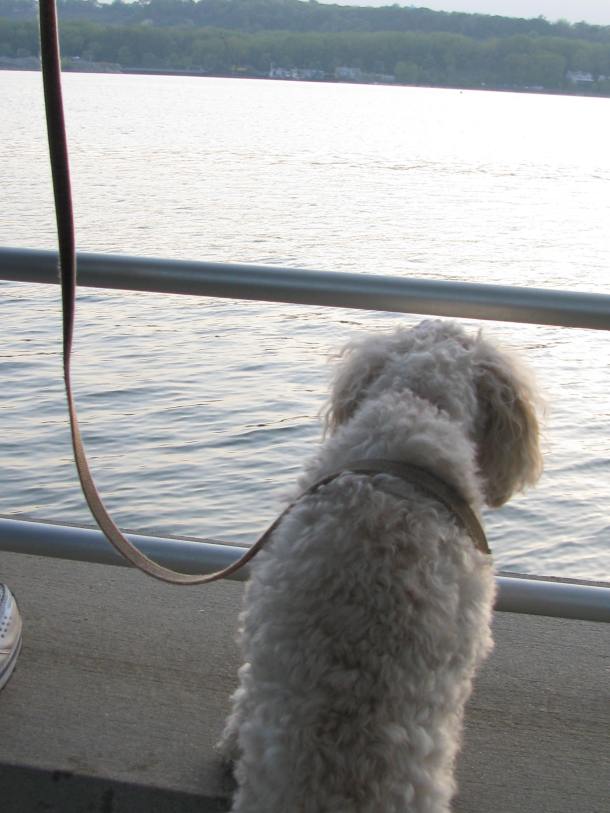 Driving has never been my favorite thing in the world. It took me a long time to even attempt highway driving because of the speed and the feeling of being pushed along by peer pressure. I can almost hear the other drivers complaining about me from inside of their cars. What’s with this freak only going the speed limit? I want to get home!

In order to manage my anxiety, I do at least one practice drive (preferably two or three) before I have to drive somewhere new for an appointment, so that at least the anxiety of the drive itself can be reduced, and I don’t have to think too much about which lane to be in, or read too many signs to find my exit. Ideally, every place I ever had to go would have a route by the side streets and never require highway driving, but this has not been the case. And, recently, when I’ve found alternate routes that avoided the highways, I found that street names like to change with each town boundary, and three streets in a single town will decide to have the same name, except that one will be a Road, one will be an Avenue, and one will be a Place, as if that makes all the difference and no one will ever get confused.

I am looking forward to the day when we all learn how to Apparate from one place to another. I don’t care if it’s magic, like Harry Potter, or science, like Star Trek. I’m ready. Cricket might need some convincing.

Cricket prefers to travel by foot.

I am a fiction writer, a writing coach, and an obsessive chronicler of my dogs' lives.
View all posts by rachelmankowitz »
← Yom Kippur
Cricket’s Anxiety Disorder →