I Finally got a Smartphone

In the midst of all the drama of this summer, my flip phone stopped holding a charge. I would leave it on the charger overnight, put it in my pocketbook, and take it out later in the day to make a call, and, nothing.

So, after years of resistance, I finally gave in and bought an iPhone. The flip phone was embarrassing, but as long as it did what it was supposed to do, I could live with the shame. But once it wouldn’t even do the one simple thing I asked it to do. Pfft. That relationship had to end.

I was still not excited about dealing with the new phone and all of the unknowns though, like: invisible fees building up, the potentially addictive aspect of smartphones, the hacking issues, the dropping-the-darned-thing-on-the-floor issues, etc. 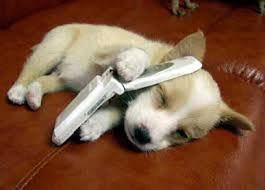 “Please Mommy, don’t make me get a smartphone.” (not my picture)

I forced myself to take a class at the Apple store and realized how quickly I could fall down the rabbit hole, as my instructor clearly had, in choosing ten different ring tones, and buying apps, and staring at my phone at all hours of the day, spending all of my money on its care and feeding. That scared me off for a few days, but then I decided to go at my own pace.

I learned how to type with one tenth of one finger, and I even sent a text, or at least answered one. I haven’t really switched from my regular camera to the camera on the phone, though, both because I don’t know how to upload pictures from the phone to the desktop, and because I don’t know how to take good pictures with the darn thing yet. I thought I would be listening to podcasts and audio books all the time, but that hasn’t happened yet. I can check the news whenever I want to (but this is more of a bug than a feature).

There is not enough peanut butter in the world to make the news bearable.

One thing that I love about my iPhone is that I can do my language courses whenever I want to. I don’t have to sit at my desktop computer, in the living room (where the air conditioner doesn’t reach), and practice my French and Spanish. I’ve become addicted to Duolingo. I can even use Google Translate to help me read Harry Potter in Hebrew (paragraph by painstaking paragraph). And I found some videos on YouTube of songs from the animated movie Moana in Hebrew, and they work very nicely as a way to block out Cricket’s barking when she’s trying to make me do whatever it is she wants me to do.

I still think there should be an iPhone for Cricket, so that she can call Grandma anytime she wants to, like, from the kitchen. She’d probably abuse the privilege, it’s true. But, what if there could be brain games for dogs on the iPhone? Find the Kibble? Or Catch the Leaf? Or Dig out the weeds?! Cricket would be addicted in no time. She might even forget to bark, once or twice. 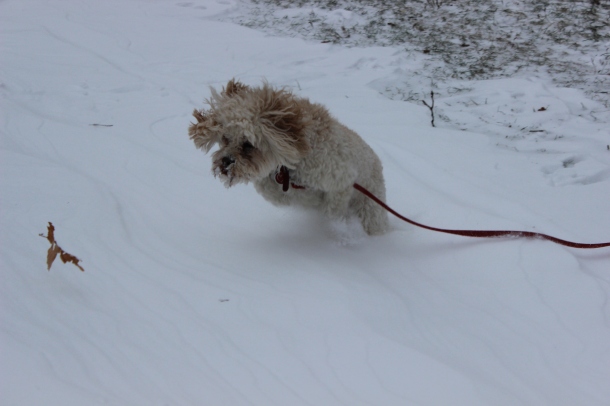 I have also recently discovered the value of having a phone to stare at when you are sitting and waiting somewhere and don’t want to look like a doofus with nothing to do, even if that’s exactly what I am.

I should probably take more classes to learn how to take better pictures with the phone, and decide which apps are worth buying, but I haven’t had the energy, or the will, to tackle it yet. But I am up practicing my French at one in the morning, so that has to count for something. And, I even made a few phone calls.

I was supposed to spend my two weeks off from school over winter break looking for either an iPhone or an iPad, reading up on the positives and negatives, and actually visiting an Apple store, if necessary, in order to come to a decision about which small step towards the modern age I’d be willing to take. Except, I didn’t do it. I read a bunch of articles, and tried to read some books – smartphones for dummies, etc. – but I kept thinking, eh, couldn’t I just pay off more of my student loans and leave the modern age for later?

Butterfly thinks the answer is obvious. Spend the money on chicken treats.

I have a computer. And I have a cell phone (though I rarely use it, and even more rarely remember to charge it). My thought was that, if I could get an iPhone the size of an iPad, that might be useful, because then I could, possibly, read something written on that damned screen. But I hate the sound of the phone ringing, and I would hate it just as much if it sounded like Beyoncé, or barking, or a doorbell. And I really don’t want to be answering the phone or texting at all times. I like privacy, and quiet, and boundaries. I don’t want to be expected to answer messages all day long, at someone else’s pace. I hate the urgency implied by keeping a phone on your person at all times – as if we have all become doctors, with beepers at our waists in case a patient goes into labor.

My cell phone stays in my pocket book (that’s why I’m always forgetting to recharge it). And I have a phone at home, it’s called a land line, and it has great reception (as opposed to many cell phone calls that sound as if your interlocutor is under water, in a tunnel, and having a light saber battle all at once). I prefer to not FaceTime, if I can help it. I dress up and do my hair when I have to go out; I don’t want to have to work that hard when I stay in, just to talk on the phone.

I don’t understand people who are fine with having private conversations in public, as if the smartphone creates a magic force field around you. I mean, sure, if each time you picked up your phone, an old fashioned telephone booth appeared around you, to give you privacy, then why not? But I have not seen an app for that yet.

Dogs don’t have to worry about iPads and iPhones. They get their messages through pee, and in no great hurry. They don’t need to be reachable at every moment, or know the latest world news and events. I wonder, though, if Cricket would like to have a smart phone, maybe attached to her waist, on a belt, so that she could keep track of Grandma at every moment. We’ve come up with all of this technology to keep an eye on our dogs when we’re at work, or keep track of children by GPS, but no one thinks about the dog with separation anxiety who needs to keep track of her people.

“Grandma, are you out there?”

Cricket would probably also like to have a device with her on her walks, to help her catalog each smell that draws her interest, and post it on Smell-o-gram or Insta-smell. She could even send her smells to her sister’s phone, so that Butterfly, meandering ten feet away, would know that an important smell had been discovered and must be sniffed immediately! 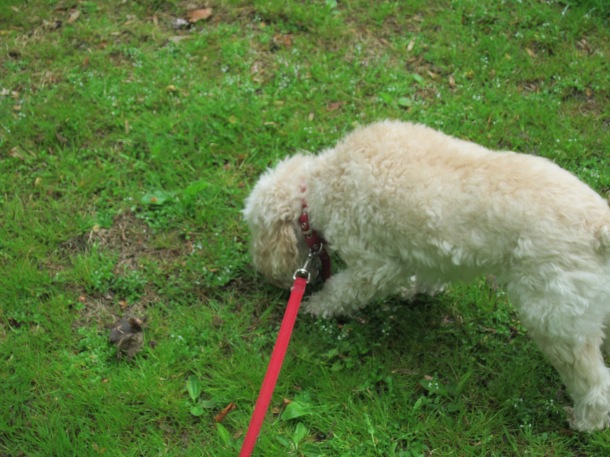 “If only I could send this smell to Butterfly, wherever she is.” 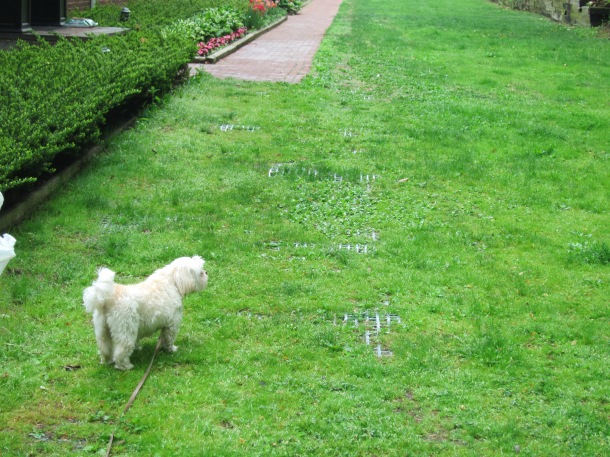 But Butterfly loves to meander. 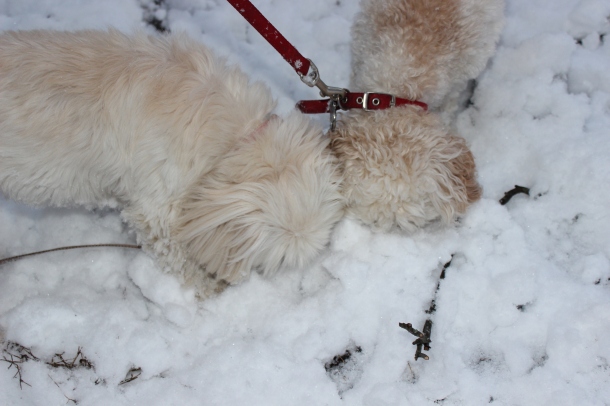 Though there is something wonderful about sharing a smell with a sister.

I have my moments of iPhone envy, especially when I want to Google something on the fly, but there’s something wonderful about being able to imagine what Google might tell me, or making up answers for myself out of whole cloth. I like having some time spent in my own head, instead of strapped into the groupthink machine, just for a little while. Though that Smell-o-gram idea is starting to grow on me, for Cricket’s sake.