When I first got Cricket, as an eight week old puppy, I wanted to do everything right. I found books on how to choose a puppy, train a puppy, and groom a puppy, but it was all too generic. None of it addressed who Cricket actually was: the way she seemed to love the taste of the bitter apple spray I was supposed to put on the furniture to discourage chewing; the way she couldn’t calm down after even the smallest excitement; the way she stuffed herself between book cases for comfort. 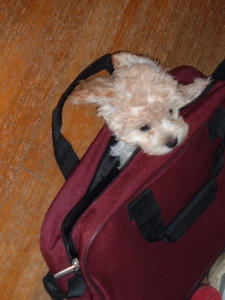 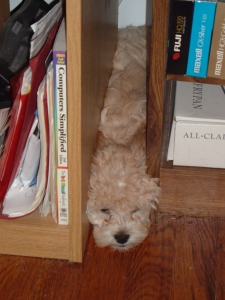 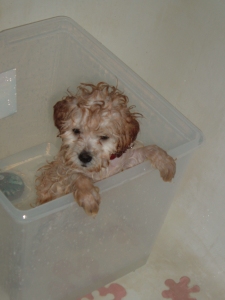 “I will never take a bath again. Period.”

I needed to hear about actual dogs, and real people who were imperfect like me, but trying.

I found a book by Jon Katz called, “A Good Dog: the story of Orson who changed my life.” He’d adopted a Border Collie, from a breeder who’d had trouble finding the dog a home, and when he picked the dog up from the airport he found out why. 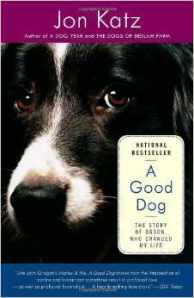 What I loved about the book was that he was willing to admit how hard the lessons were to learn. He didn’t portray himself as a white washed ideal. He was a person who made mistakes, and tried hard, and came up against failure again and again. I’m a big fan of people who are willing to admit failure, and not always put on a happy face, because that’s what allows me, as a reader, to relax and not feel so judged for my own failures.

Pam Houston writes fiction that she says is about 82% autobiographical. She wrote a novel called “Sight hound” about an Irish Wolfhound with cancer. I actually can’t remember what else the book was about because her portrayal of the dog was so rich that I tuned out the rest. This was a dog who was loved. And I felt like she was giving me permission to love my dogs that much too. 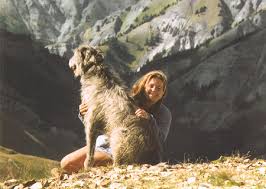 I specifically read James Herriot’s collection of dog stories as a way to warm up for writing this blog two years ago. He was a country vet, and his writing style was so friendly and filled with humor and compassion, that he made me feel comfortable. I felt like he was painlessly teaching me bits and pieces about how to take care of animals, and treat them with respect, and he tossed in a few bits of insight about people too. I’ve been reading more of his work recently, and now I know more about a cow’s insides than I ever wanted to know. 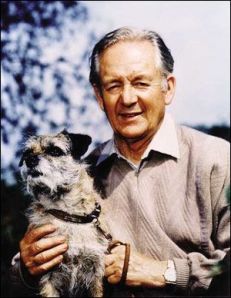 James Herriot and a dog with something more interesting to look at.

Mark Doty’s memoir “Dog Years,” is a new favorite of mine. I’d read a couple of his poems, under duress, during graduate school, and while I could admire his skill, I was not tempted to read more. But I came across a picture of him with his dogs online and I thought, he can’t be that bad, and I decided to take a look at the memoir. 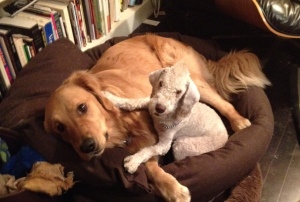 I was afraid he would be pretentious, or his language would be heavy and convoluted, but he is a memoirist who speaks with a clear, articulate, and deeply empathetic voice. He illuminates grief. He has compassion for himself, for his dogs, and for me, by extension.

Anne Lamott says that “having a good dog is the closest some of us are ever going to come to knowing the direct love of a mother, or God.” 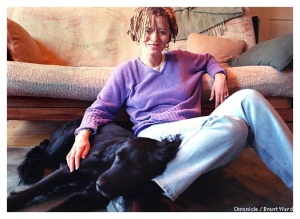 I wouldn’t want to tell someone to just read one or another of Anne Lamott’s memoirs. Read all of them. Go on line and read all of her one-off essays. Read her shopping lists if you can get your hands on them, because they’re probably hysterical.

I’m always looking for more dog books, just like I obsessively read all of the dog blogs I can find. Any and all recommendations are welcome.

I am a fiction writer, a writing coach, and an obsessive chronicler of my dogs' lives.
View all posts by rachelmankowitz »
← Turtle Slow
Petting Dogs →