RSS Feed
← Languages on the Brain
The Rains Came →

Winter finally kicked in a few weeks ago with more than two feet of snow in one day. I think the Great Snow Planner in the Sky was trying to make all subsequent snowstorms seem puny, so we’d feel shamed into going out, even in eight inches of snow. 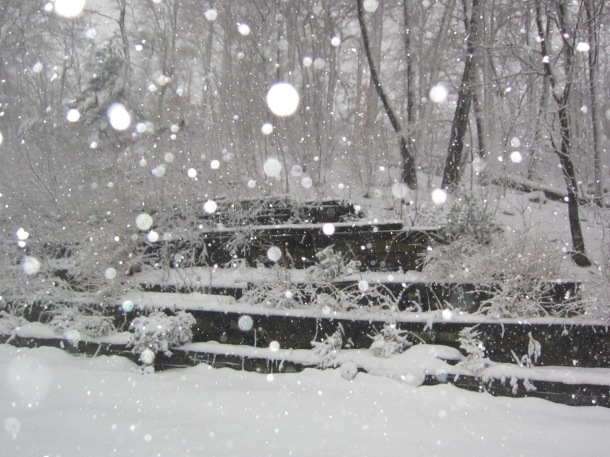 For some reason, this year, Butterfly loves the snow. In the past she’s been uncomfortable with the snow swirling in her face, and the ice crunching and sliding under her feet, and she could never understand Cricket’s fascination with climbing to the top of Snow Mountain to poop. But this year, with the snow piled up over her head, she changed her mind. 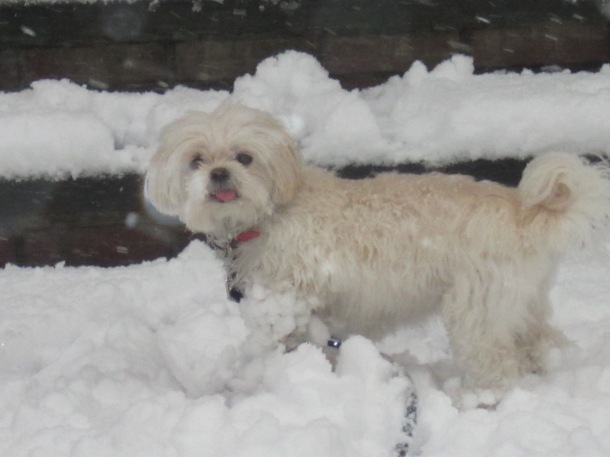 “What is this fluffy stuff?”

This is a dog who does not try to climb up on the couch, and hesitates each time she sees a stairway looming, but she saw a two foot wall of snow and decided not only to try to climb it, but to pull herself up and over, and walk along the iced over top. She went out onto the tundra of the backyard, like a lone explorer, sniffing for squirrels and birds and cat poop. (It didn’t hurt that one of our neighbors had tossed huge chunks of French bread out into the snow for the birds to choke on, again.)

Butterfly came home three and a half years ago as an eight year old dog, with a long puppy mill history and a heart problem. She had to learn how to poop outside, and climb stairs, and bark at strangers, and generally be a dog, and we figured, at a certain point, that she was finished catching up. She was running and barking and begging for food, just like Cricket, and really, who expects an eleven year old senior citizen to learn new tricks? But here she is, learning to love the snow. She loves when the snow hardens and she can walk on top of it, she loves sticking her toes into the rain-softened snow and trying to keep her balance as her legs fall out from under her. She loves the way the snow keeps smells fresh for days and days, and she can revisit an old message twenty more times. She even managed to pass the scary corner of the building, because the snow made her forget her fear of the outside world, for a little while.

Cricket has always loved the snow. In the snow, even Cricket can go leash-less, for a moment, and run and play like a puppy. I throw snowballs for her to catch and she buries her head in the snow to find them. She would stay outside for hours, except that snowballs accumulate on her fur and she starts to look like a Yeti who can’t move very well. She tried to chew off the snowballs herself one day, but, since she needed a bath anyway, I tossed her into the tub and melted off the snowballs with the shower attachment. She was not a fan of this experience. 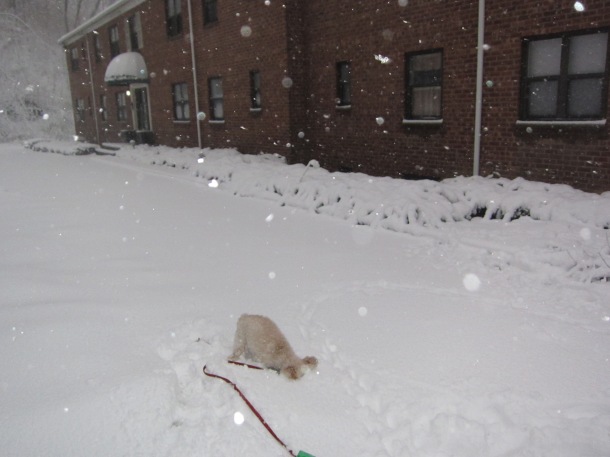 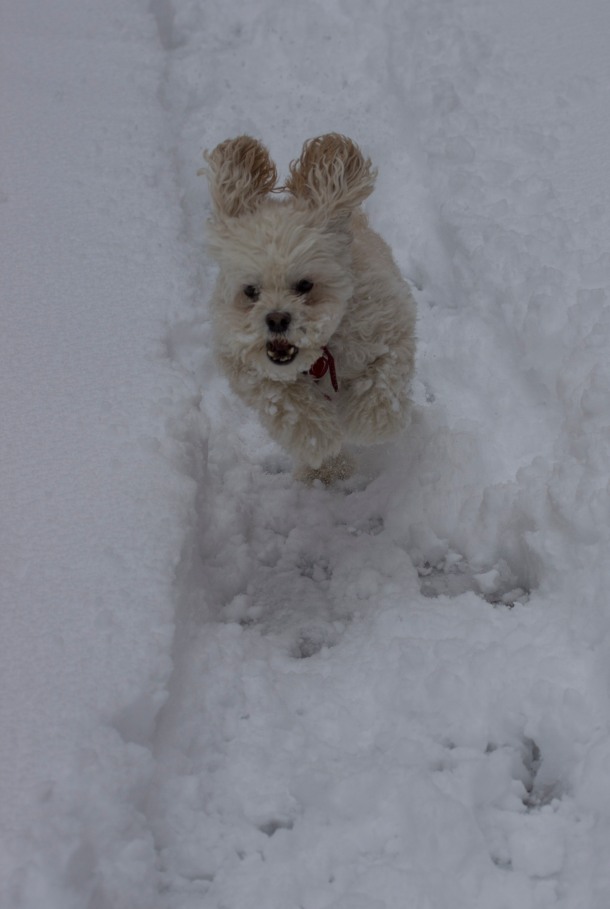 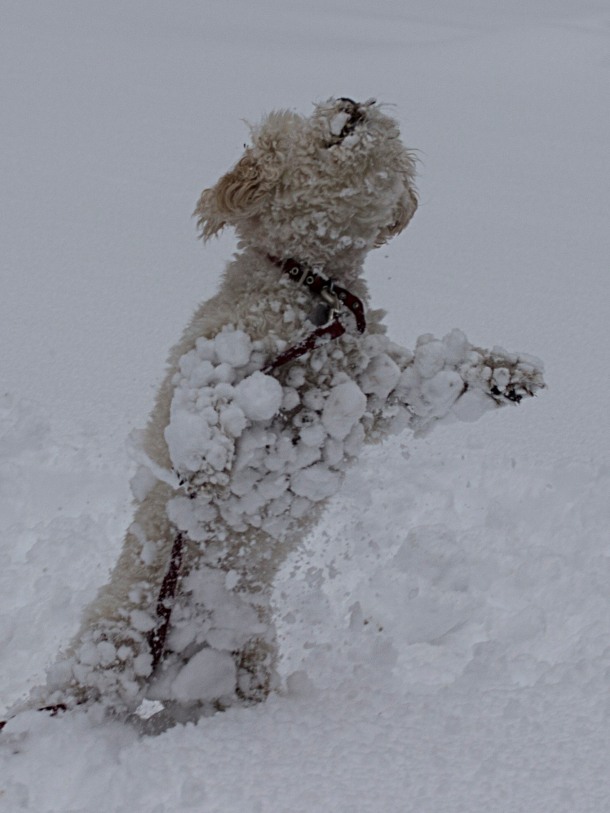 Butterfly didn’t get quite as covered as Cricket, because she’s still a newbie with this snow business. She likes how the snow feels on her toes, and maybe up to her ankles, but once it reaches her chest she starts to shiver. Her favorite thing is to run in the light powdery snow and leave a trail of paw prints in her wake.

I am a fiction writer, a writing coach, and an obsessive chronicler of my dogs' lives.
View all posts by rachelmankowitz »
← Languages on the Brain
The Rains Came →