I Had Two Pawpaw Trees

I had two pawpaw trees, but now I only have one. The new gardeners decided that the trees were in their way; they had already cut down the first pawpaw tree when Mom looked out the window of her bedroom and screamed.

I had no idea what was going on, because I was still sleeping (afternoon naps are a thing). I heard the small scream and then the dogs barking like crazy so I got up. The first thing I saw was a puddle of pee on my exercise mat. I assume Ellie did that when she heard Grandma scream, but it could have been sitting there for a few minutes. I had to focus on cleaning up the pee, so I couldn’t ask Cricket why she was standing at our apartment door barking her head off. 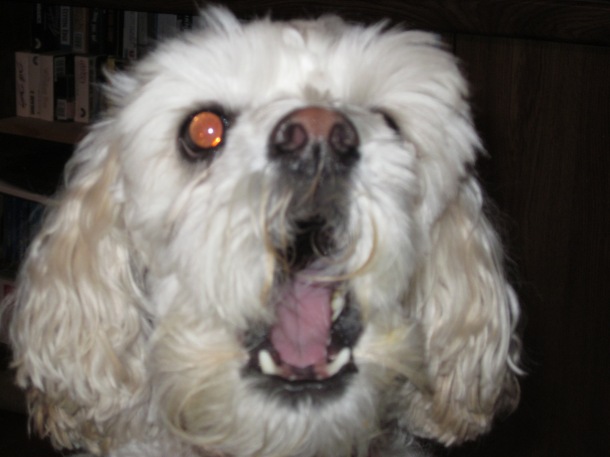 “Where did Grandma go!” 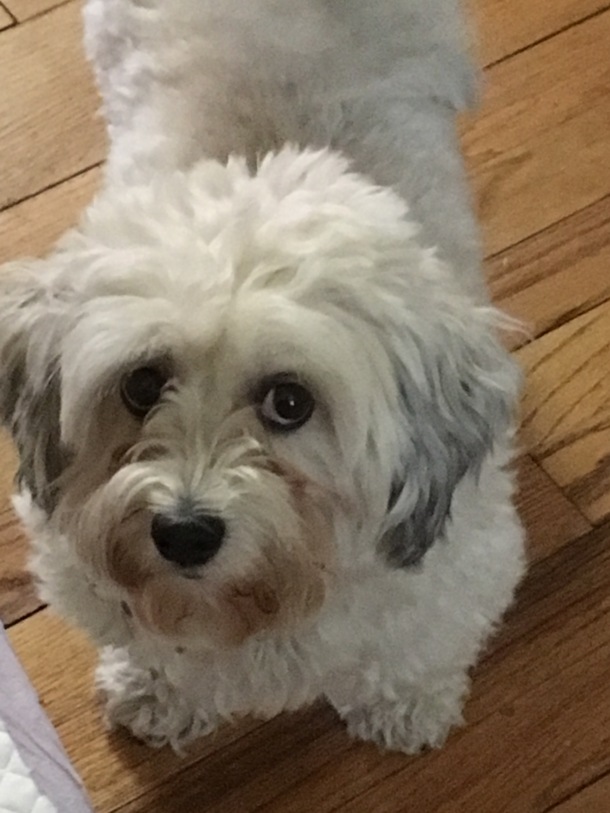 Then the doorbell rang, and it was Mom, because she’d run outside so quickly that she forgot her key to the building. That’s when I found out what had happened. Between the scream and the doorbell, Mom had been running across the lawn to convince the gardeners to leave the second Pawpaw tree alone, and then dragging the murdered tree out to the woods, to prepare it for a proper burial. 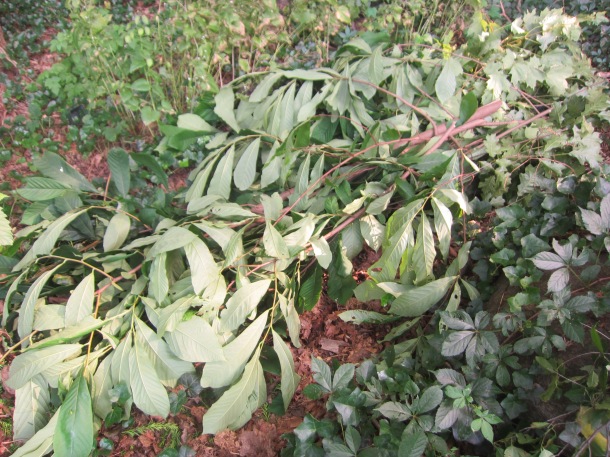 I wasn’t taking the information in. I looked out the front door of our building and the bigger pawpaw tree was still there, but fifty feet closer to me, there was a hole. Who cuts down the trunk of a tree like it’s the errant limb of a Forsythia?

The pawpaw trees were both twelve years old and just beginning to flower. My hope was that, very soon, the flowers would lead to fruiting. Actually, we had the tiny beginnings of pawpaw fruit earlier in the summer; a little clump of four pawpaws. I didn’t want to write about it until I knew if the fruit would survive, and within a week, they were gone. We thought they must have been wiped out by heavy rains, but it turns out that the gardeners had knocked down the fragile baby fruit when they were mowing the lawn, and that’s when they decided that the overhanging bushes and trees would have to go. Except, no one mentioned this to us. 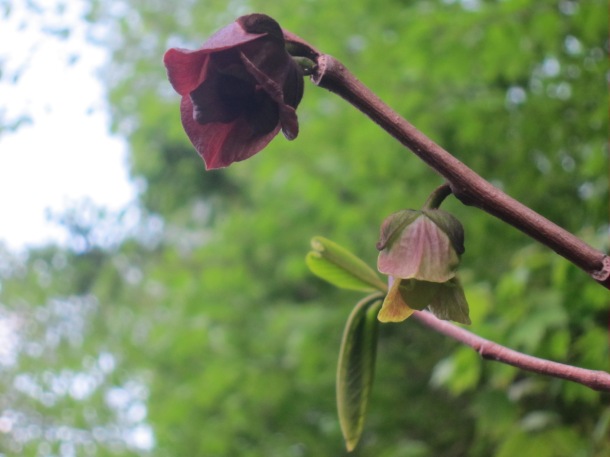 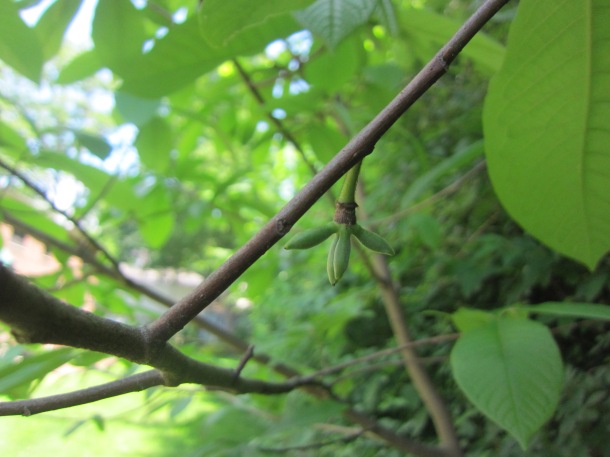 I was angry, and ranting, and running around like a chicken with my head cut off, but there was nothing I could do.

The powerlessness is what overwhelms me. My mother is the president of our co-op board and no one even told her that the trees were in danger, let alone asked her opinion, or her permission, to take them down. Up until this year we had two maintenance men who knew the trees and knew who to ask when there was a problem with them. They figured this out early, because they’d accidentally knocked down our third pawpaw tree soon after it had been planted in place. But one of the maintenance men retired recently, and the co-op hired a gardening company to come in once a week to make life easier for the remaining maintenance man. The first time they came, Mom told them to stay away from the pawpaw trees, but they seem to have forgotten.

The trees should have had a ribbon around them. Both trees used to be marked, after the incident with the third tree way back when, but we forgot all about it. The trees were so solid, and so tall, that it didn’t occur to us that someone would try to cut them down. 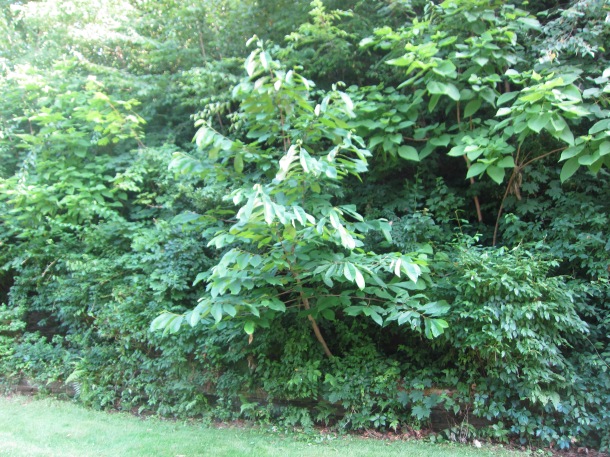 Within minutes, Mom was calling around for advice on how to fertilize a lone tree; and if there was a way to save any part of the murdered tree; or if you could buy a five or six year old pawpaw tree instead of one of the two year olds, to cut down on the long wait for maturity; or, maybe we could borrow pollen from someone else’s pawpaw tree to fertilize the one tree we have left, next year?

The trees were born a few months before Cricket, and they lived in the kitchen until they were toddlers and ready to live outside, still in their pots. When the trees were planted in our new yard, seven years ago, they took root and decided to stay. 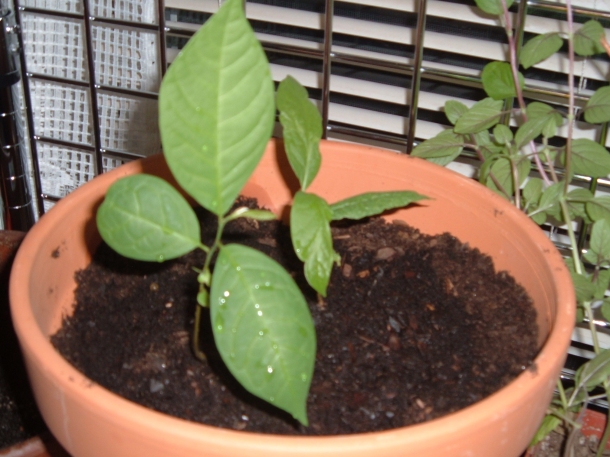 Pawpaw toddler getting ready to go outside 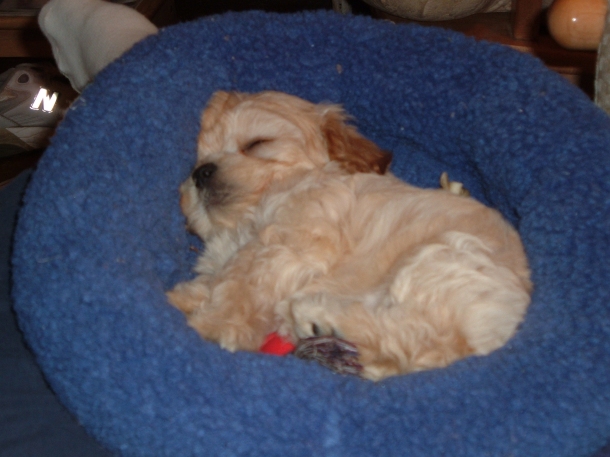 That tree was loved, that’s all I can say. 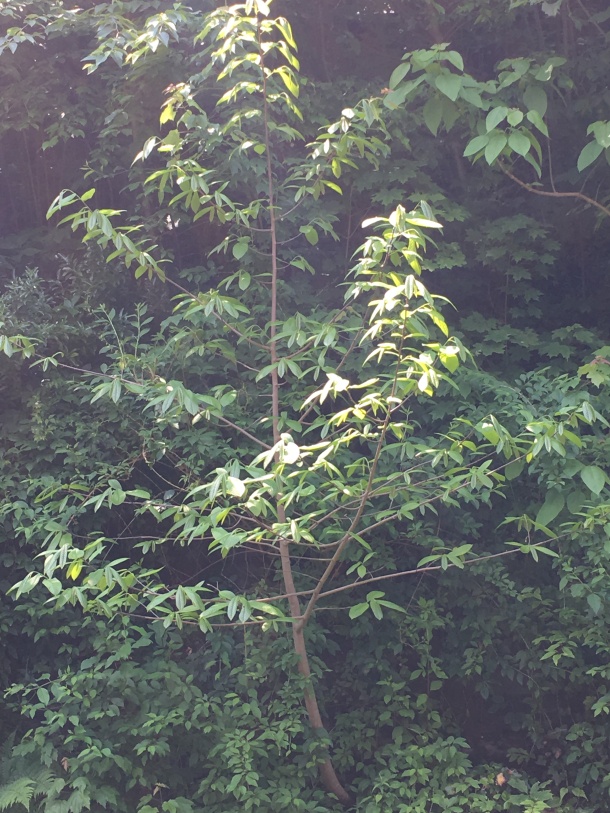 Yeshiva Girl is about a Jewish teenager on Long Island, named Izzy. Her father has been accused of inappropriate sexual behavior with one of his students, which he denies, but Izzy implicitly believes it’s true. Izzy’s father then sends her to a co-ed Orthodox yeshiva for tenth grade, out of the blue, as if she’s the one who needs to be fixed. Izzy, in pain and looking for people she can trust, finds that religious people are much more complicated than she had expected. Some, like her father, may use religion as a place to hide, but others search for and find comfort, and community, and even enlightenment. The question is, what will Izzy find?