RSS Feed
← Ellie’s Progress
I hate games, so of course my students love them! →

A few weeks ago, when my best friend from high school was visiting from Israel, we met up on Central Avenue in Cedarhurst. If you are not an aficionado of the habits of Orthodox Jews on Long Island you may not recognize the name of the place, but Central Avenue is a haven for Orthodox Jews looking for kosher food, Judaica products, modest clothes and wigs, and the general companionship of similarly dressed people.  I was one of three women wearing pants, along the whole street, and even the little girls wore skirts over their leggings (and this was not a cold day).

“That seems like an awful lot of clothes, Mommy.”

I had to do a practice drive ahead of time, even though I’ve lived on Long Island my whole life, because I’d never driven to Central Avenue before. Even though I stayed in the car for that first trip, it felt a little bit like time travel, being surrounded by the sort of people I remembered from my adolescence. Even my brother’s Modern Orthodox neighborhood doesn’t quite jangle the same bells, if only because the skirts the women wear are shorter, and the men don’t let their payes (side-curls) grow long enough to dangle. 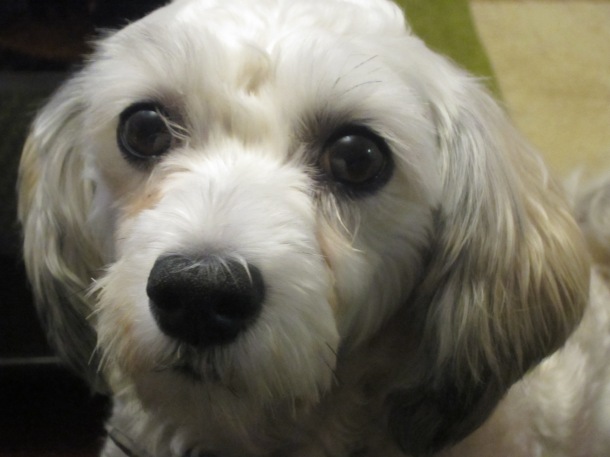 “Do I have those payless things?”

We met there because my friend had fond memories of Central Avenue from an adolescence filled with longing to go there, both to window shop and to mingle. She doesn’t have the same anxieties about not looking religious enough that I do, but she told me that people dress completely differently in her neighborhood in Israel, even though they’re just as religious as in Cedarhurst. I assumed she meant that they wear different kinds of clothes there because it’s so much hotter, but she said that even though you don’t need to dress a certain way in Israel in order to look sufficiently Jewish, there are still different styles of dressing for almost every religious neighborhood, so they can make it clear that they are each, even if only slightly, different kinds of Jews.

Back in Cedarhurst, I noticed that the Jewish-friendly stores on Central Avenue are mostly high end, and I was afraid to go into one of the cafes, not because I question their level of kashrut (I don’t keep kosher), but because the prices were way over my head. The wigs in the wig shop weren’t cheap synthetics, but natural fibers and beautifully cut and colored, and the clothes were very well made, if mind-bogglingly similar. And almost every car was an SUV, even for the young marrieds with only one or two kids (so far). It used to be that very religious Jewish communities were sort of down at heel, because raising eight kids on a social worker’s or teacher’s salary, while the husband studies all day, doesn’t lend itself to wealth. But Modern Orthodoxy (which encourages Orthodox Jews to embrace living in the larger society instead of choosing isolation), has changed the lifestyles of many religious Jews, encouraging young men (and women!) to go into business or become doctors and lawyers, instead of studying all day.

But there are still a million rules to remember when you walk back into the Orthodox world, around clothes and food and haircuts and handwashing and on and on. It goes beyond the 613 Mitzvot the rabbis deduced from the Torah, because at some point orthodox rabbis decided that local customs should gain the power of Jewish law, which means that if the community you come from has the custom of waiting six hours to eat milk again after a meat meal, then that’s what you have to do, even though the length of time is not specified anywhere in the bible. And in my brother’s neighborhood if you only have one dishwasher, instead of one for milk dishes and one for meat dishes, then you are never having guests for dinner. There are strictures upon strictures, drawing lines between every two Jews, so that you are inevitably more religious than one neighbor and less religious than another and you are going to hear about it.

“I’m sorry, Mommy, but you’re just not religious enough for me.”

My friend, orthodox as she is, isn’t as kosher as the rest of her family, and doesn’t have quite enough children to compete with her younger siblings, but she has adapted to it. She respects their choices and makes sure not to serve them a chicken certified kosher by the slightly less strict rabbi in her neighborhood, but instead by the slightly stricter rabbi in their neighborhood, when they come over for dinner. She has always been tolerant of their differences, but able to hold on to her own views at the same time, which has a lot to do with why we were friends in high school, when I was nowhere near as religious as my classmates and, no one would eat at my house (only one dishwasher).

Like my friend, I work hard to be accepting of how other people live their lives, and I try to look for reasons to be tolerant and understanding, but religious orthodoxy pushes my buttons. It reminds me of feeling like an outsider as a kid, and feeling like I was an essentially bad person for the food I ate and the clothes I wore. I think I jump to conclusions much faster about a woman wearing a wig, or a man with a black hat or payes, than I do with people who are different from me in other ways. I feel automatically more self-conscious and less acceptable when I walk into a religious Jewish neighborhood, wearing my usual jeans and a sweater, whereas most other places I tend to feel invisible, in a good way.

I’ve found that this is a trigger for a lot of liberal or progressive or secular Jews, because it taps into a feeling that we are not good enough, not Jewish enough. And the fact is, being Jewish is an essential part of our identities, just in a different way than for the Orthodox. When one of my nephews, years ago, looked me up and down (in my jeans and short sleeves and sneakers) and asked me if I was Jewish, I had to take a deep breath not to hiss and curse at him. He didn’t mean anything by it (he was and is a very sweet boy), he was just raised in a world where Jews look a certain way, and act a certain way, and he didn’t know what to make of me. But even knowing that it was an innocent comment, I still felt the hurt, just as I do when I hear about the Orthodox rabbinate in Israel deciding that liberal Jews aren’t really Jews and their weddings and conversions are not kosher.

There are a lot of things about Orthodox Judaism that I love, though, most especially the way they preserve tradition and create worlds that are infused with Jewishness, so that you don’t have to work very hard to feel Jewish and to feel proud of being Jewish. Their children are educated in the history and traditions of the Jewish people, and feel connected to their community and heritage. But in the process, they also condemn a lot of other Jews to being outsiders, and to being treated as less than and in need of improvement. The endless rifts between progressive and Orthodox Jews, in Israel and in the United States, are painful and intransigent. We, as human beings, tend to be much better at identifying our differences than our similarities.

But I went to Central Avenue in Cedarhurst anyway, and I chose to walk down the street, as I am, and no one gave me the evil eye, or pulled me aside to proselytize me into orthodoxy, the way I was afraid they might. Everyone went on with their lives, and, at the very least, kept their hurtful opinions to themselves. And I got to see my good friend for a few hours, with only the effort of a drive across the Island instead of a long plane ride across the world.

I am a fiction writer, a writing coach, and an obsessive chronicler of my dogs' lives.
View all posts by rachelmankowitz »
← Ellie’s Progress
I hate games, so of course my students love them! →