Sometime over the past few weeks, after the twentieth or twenty-first media expert complained about how careful and studied Hillary Clinton is, how she plans and researches everything, and she’s so boring compared to Trump’s constant impulsiveness, I started to think that Hillary is Hermione, from the Harry Potter books, all grown up.

I was a Hermione as a kid: the smartest girl in the class, asking for extra homework, and hated for it. We have a lot of nasty, derogatory terms for kids who study a lot: grind, swot, egghead, drudge, etc. My classmates wanted less homework and more recess. I found recess, and the freedom to make endless social mistakes, unbearable. Even J.K. Rowling, clearly a Hermione herself, did not believe the world was ready for a smart girl as a protagonist. She guessed, and she was right, that people would prefer to believe that Harry, a boy, and an average student who never tried very hard, was the ultimate hero.

Even when Bill Clinton told their love story, on Tuesday night at the Democratic National Convention, he focused on Hillary’s oversized glasses and too-big hair, her intelligence and her off putting attitude, instead of her beauty. He was the cool kid, and she was the swot. He didn’t want to work any harder than he had to, and she spent summers volunteering to help those less fortunate. He was more Ron Weasley than Harry Potter, the way he tells it, just without the red hair.

On Monday night, on The Late Show, Steven Colbert finally trotted out a cartoon version of Hillary Clinton to match the cartoon Trump he’s had on staff for months. And his team’s guiding principle in how to create that character seemed to be to assume that she was on the autism spectrum. They may have meant to say that she was two-faced and out of touch, but they managed to portray her as unable to read other people’s emotions, and robotic in her portrayal of her own emotions. It’s an interesting idea. Hillary clearly has had issues fitting in with her peers. She never quite gets the joke. She tries very hard to get social things right and always gets something wrong.

Bill Clinton could be forgiven for having affairs, but Hillary could not be forgiven for having thick ankles, or “cankles.” And then when she wore pants suits to cover those offending ankles, she was criticized for her outfits. She could never find the right hair-do to avoid criticism, or the right clothes, or the right words. And people wonder why she is so private. No, they call it secretive, not private. A man could be private and reserved, but Hillary is secretive and suspicious. A man who thinks he’s qualified to be president is called ambitious and confident. Hillary, for the sin of thinking that she can be a good president, is considered power hungry and out for herself.

Bill Clinton is Teflon. He has had real, proven, character issues and yet people still love him and believe in him. And yet all of his flaws and mistakes stick to Hillary like she’s fly paper. Instead of believing that Hillary loves her husband despite his flaws, people believe that she married him for political gain, and remains married to him for political gain, despite the fact that she would have actually gotten a lot more public praise for divorcing him instead of sticking with him through the Lewinsky scandal. And by the way, why do we call it the Monica Lewinsky scandal and not the Bill Clinton’s penis scandal?

My sense is that, with her awkward social skills, someone like Bill Clinton offers a relief. He does the reaching out. He teaches her how to fit in better; he helps her to relax. No wonder she chose Tim Kaine as a running mate – he does the exact same thing.         But if I had any doubts about Hillary Clinton’s heart, watching Chelsea Clinton’s speech on Thursday night at the Democratic National Convention squashed them. Chelsea loves her Mom, and she is, clearly, deeply loved by her mother.

The question is, can we as a country tolerate a president who is smarter than she is cool? Can we tolerate having a president who has to work at being socially confident? Because there’s no question that she will work her ass off to get things done, and that she has the brain power to do the job. But she’s not Obama, with his soaring rhetoric and self-confidence, and she’s not folksy like Bill or like George W. Bush. Hillary is more like the female version of George H.W. Bush: very serious, studied, hardworking and bright, stiff and careful.

Cricket and Butterfly have not been thrilled with all of the television coverage of the conventions, if only because it keeps them up too late at night. Though, Cricket seemed to be intrigued by Barack Obama’s speech on Wednesday night. She was certain she heard him say “go,” or “out,” or “pee.” She can pick these sounds out of any speech, or just imagine them. But he was talking during prime pee trip time, so that could explain her confusion. Butterfly slept through all of it. She has no interest in speeches or elections or conflict, unless the stress leads me into the kitchen for snacks, and then she’s wide awake and eager to participate. We all have our priorities. 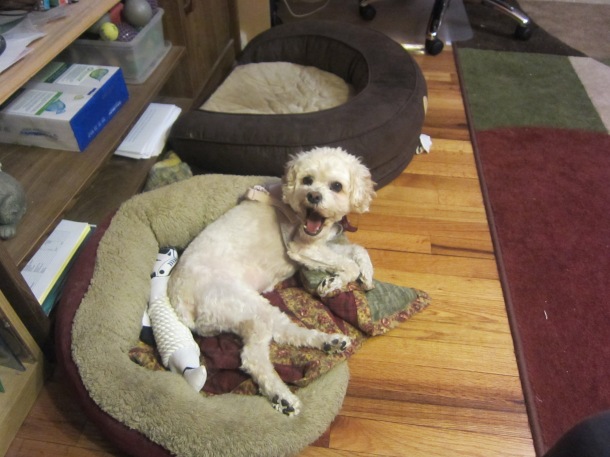 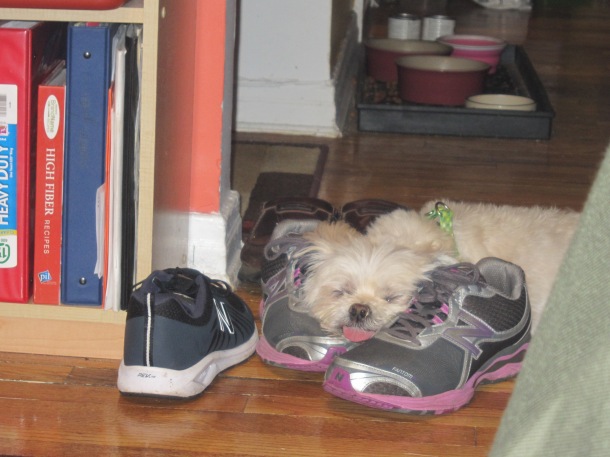 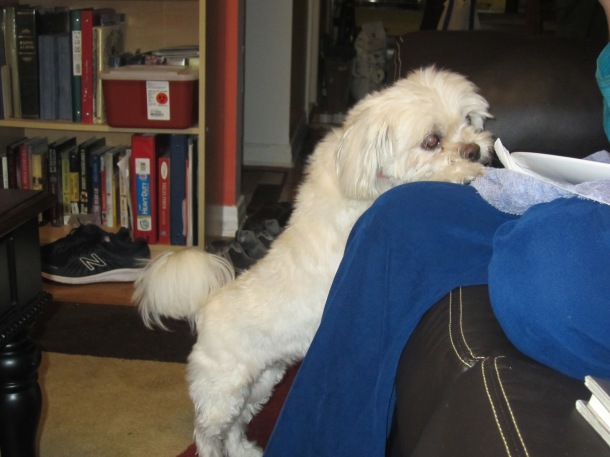 Until there were snacks.

By the way, Butterfly, if she had a chance would be a loyal Hufflepuff, through and through, and Cricket would feel comfortable in Ravenclaw, because she’s very bright, but not especially brave. I’d like to believe that I could be in Gryffindor, like Hermione, and like Hillary, being brave even when it’s the hardest thing to do.

I’m working on it. 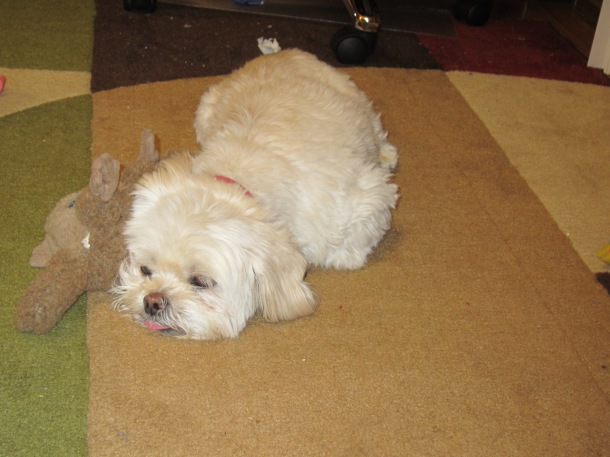 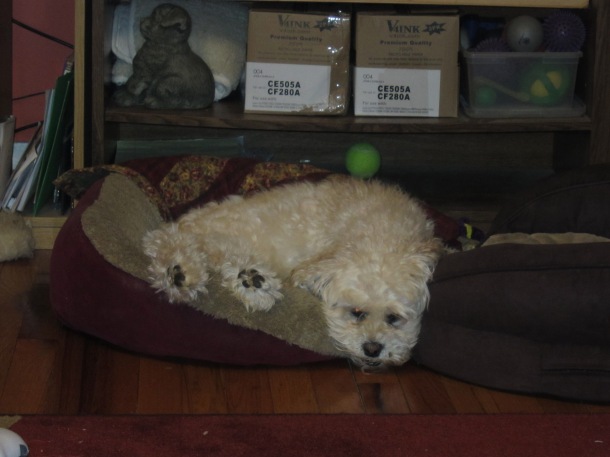 “I do have claws, Mommy. You will see them very soon.”