RSS Feed
← My Morning at the DMV
How do I teach myself to ask for what I want? →

Healer of the Broken Hearted

We had a solidarity service at my synagogue last Sunday, in the aftermath of the shootings at the Tree of Life synagogue in Pittsburgh. Four synagogues came together in one building, and by the time Mom and I arrived, twenty minutes before the service started, there was no parking left. People had to stand along the sides of the sanctuary after all of the seats had been filled. The clergy of all four synagogues led the service, with readings by the rabbis and songs by the cantors. There was an enormous amount of crying, but I couldn’t cry. The music was beautiful. The presence of clergy from all of the local Christian denominations was meaningful (the local mosque was planning another service for the following day). But the words didn’t reach me. I just wanted to find comfort, and to feel something, but I couldn’t feel anything.

Maybe if I could have brought Cricket and Ellie with me, things would have been different; maybe if we didn’t have to feel such a sense of relief at seeing the police officers lined up in front of the synagogue to protect us; maybe if it were just small service, with my fellow congregants, on a Friday night. I don’t know. Maybe if there hadn’t been so much violence leading up to the shootings, with two black shoppers targeted in a supermarket, and pipe bombs in the mail, and church shootings, and terrorist attacks in other countries and in our own. We can barely breathe between horrific events, let alone mourn. 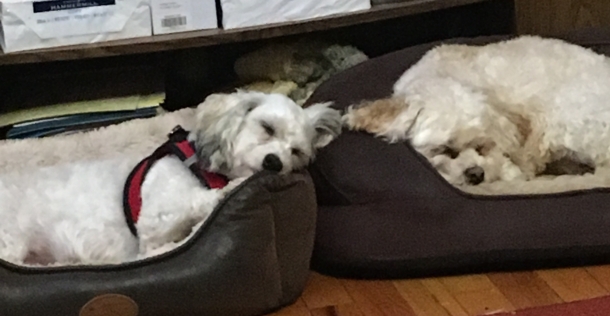 I keep swinging between anger, disbelief, fear, and confusion. At the solidarity service at my synagogue, the focus was on taking action against guns, which of course I agree with, but I can’t see that going anywhere now, any more than it has every single time this issue has come up after mass shootings in the past few years. More than a few years now. We can vote, certainly. We can stand in solidarity with the other victims of mass shootings, and against racist and anti-Semitic violence. But then what?

It turns out that one of the three congregations housed in the Tree of Life synagogue was also a Reconstructionist group, and they had celebrated Refugee Shabbat, as we did in my own synagogue, a few weeks ago. The shooter had found a list of the synagogues that participated in Refugee Shabbat, including my own, and that’s where he got the address for the Tree of Life synagogue, and that was the final straw in deciding which Jews to kill.

The subject of HIAS, the Hebrew Immigrant Aid Society, has come up a number of times lately at my synagogue. There was actually an educational seminar about HIAS planned for Sunday. And then Saturday came, and a man decided to kill Jews at prayer, supposedly because Jews, through HIAS, are to blame for inviting refugees to “invade” our country. To be clear, HIAS does not choose who comes into the country, it works with the state department, along with many other organizations, to help new immigrants integrate into their new communities. If I had to leave my own country and seek safety elsewhere, I would like to believe that there would be an organization like HIAS there, to help me settle in and feel welcome.

One of the songs from the Solidarity Service on Sunday at my synagogue was “Healer of the Broken Hearted,” or in Hebrew, Harofei lishvurei lev. According to my rabbi, the image of a doctor in the Hebrew Bible always refers to God, mostly because every heroic role in the Hebrew Bible belongs to God, the ultimate multiple personality. But this is the image of God that I like best: the comforter, the healer, the one who sees that we are suffering and takes our pain seriously.

“Healer of the broken hearted

Binder of our wounds

You know who we are

This week has felt strange: fragmented and confusing. I wanted to be at Synagogue, and I wanted to hide away at home. I needed to watch the news, and I hated to watch the news. And then there was a hashtag encouraging everyone, Jews and non-Jews, to come to Shabbat services. This week’s Friday night service at my synagogue was going to be a Family Service (kid-friendly, loud, and short), but I decided to go anyway. The sanctuary was packed again, and the music was great again, and the neighboring churches sent their clergy to add their words of support again, but it was more than that.

Maybe it was because a few more days had passed since the shootings, or because all of the children in the room changed the atmosphere in the room to something like joy. There was one little girl doing interpretive dance (including cartwheels and high kicks) down the far left aisle, and the five member kids’ choir remembered most of their songs, and the Bat Mitzvah girl ignored the tragedy in the air to celebrate her special day with her family. It didn’t hurt that there was cake after the service, with pink cupcakes and chocolate covered pretzels and an enormous amount of chocolate frosting. 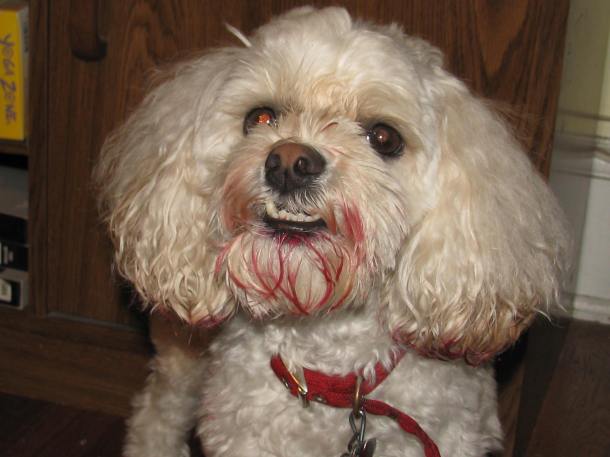 But, in the end, it’s always the music. On Friday nights at my synagogue we often exchange one of the traditional prayers (Ahavat Olam) for an alternative version, written by Rami Shapiro:

We are loved by an unending love.
We are embraced by arms that find us
even when we are hidden from ourselves.

We are supported by hands that uplift us
even in the midst of a fall.
We are urged on by eyes that meet us
even when we are too weak for meeting.
We are loved by an unending love.

ours are the arms, the fingers, the voices;
ours are the hands, the eyes, the smiles;
We are loved by an unending love.
Even if we can’t envision God as the healer of our wounds, we have something more

concrete to rely on: community. We have the power to see each other, and heal each other. Among all of the roles we can play in each other’s lives, this is one of my favorites. 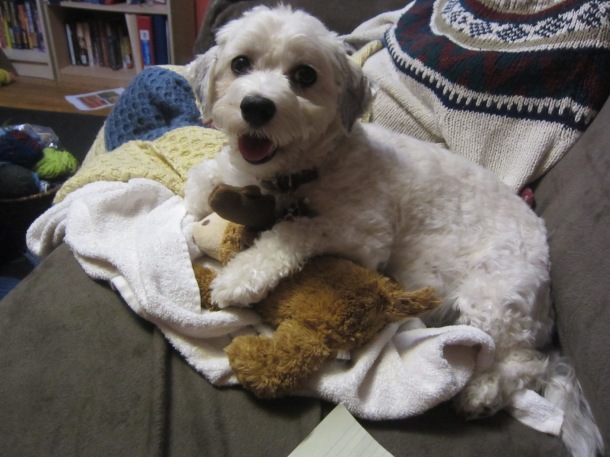 I am a fiction writer, a writing coach, and an obsessive chronicler of my dogs' lives.
View all posts by rachelmankowitz »
← My Morning at the DMV
How do I teach myself to ask for what I want? →