RSS Feed
← The Pet Dragon
Languages on the Brain →

One night at synagogue, a little girl sat by herself, because her mom had to leave the sanctuary to make sure her hyperactive older brother isn’t getting into trouble. Her father was nearby, but she sat alone, with a whole row of seats to herself. She did back bends and leg circles and all kinds of dance steps, holding onto the back of the chair in front of her like a ballet bar. Did she realize we could see her? It didn’t seem like a performance, but it did seem like a kind of talking, though talking mostly to herself.

Butterfly often talks to herself.

I was torn between two responses, both of which were more about me than about her. Do I feel bad for her because she’s alone? Or do I admire her for being so un-self-conscious with her body that she’s just moving without thinking of how it impacts anyone else?

When I watch dance on TV it is always a performance, even when a ballet class is filmed, it is a performance of a class. Are there people who don’t think about what they look like when they are dancing? There is rarely a time, when I’m writing, that I don’t imagine someone reading over my shoulder as I put words down on the page, even when I’m writing for myself, in a journal, in a first draft, in a shopping list. Is there such a thing, after a certain point in our lives, as un-self-conscious behavior? And does it make a difference? Would my behavior be more interesting or profound or beautiful if I were not editing myself at every step?

I used to hum in the hallways at school – elementary school – and forget where I was, and skip along every once in a while, or hear a rhythm in my head and dance to it, until people told me that I was really weird and I should stop. Pretty much everything I did as a child was criticized, by classmates, teachers, parents, friends and brother (of course) so most of those automatic behaviors, once I became conscious of them, went away. Until there was nothing. 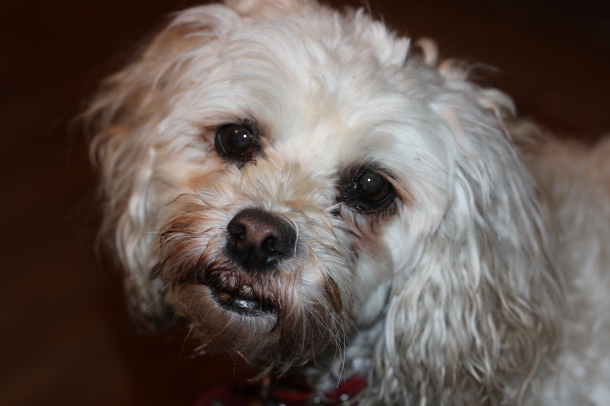 I went to Friday night services as a little girl too, but I was always self-conscious about how I looked, or how I was dressed, or how I sounded. I felt like there was a video camera watching me all the time. Don’t pick your nose! Don’t do silly dance steps! Don’t skip along the road! They’ll laugh at you!

Children express so much of themselves physically. Rage is a tantrum, with kicking feet and red faces and screaming at the highest possible decibel level. Joy is dancing or running or bouncing from foot to foot. What they feel becomes movement, instead of just thoughts or words. Once we have enough words, we think we should use them and keep our bodies silent and motionless. But why?

Dogs are like children forever, because they never develop words and continue to use movement to get their feelings out. Butterfly runs full out, flying across the lawn. Cricket hops like a bunny rabbit and twists and turns in the air. They both bark, and use their feet to stomp and use their eyes to plead for mercy. Watching dogs express their emotions through movement is such a relief, for us. We feel something in our own bodies in response. Oh, that’s what happiness looks like! I can feel it! 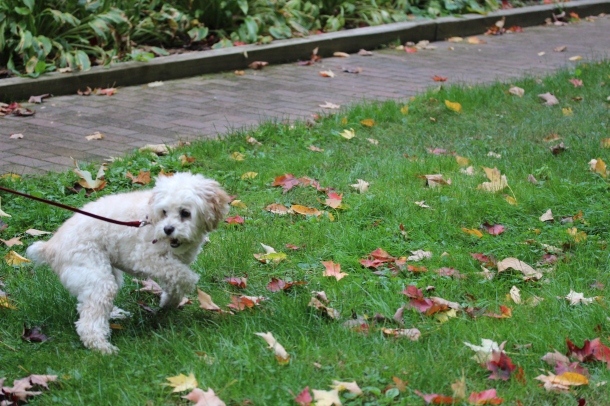 I am a fiction writer, a writing coach, and an obsessive chronicler of my dogs' lives.
View all posts by rachelmankowitz »
← The Pet Dragon
Languages on the Brain →